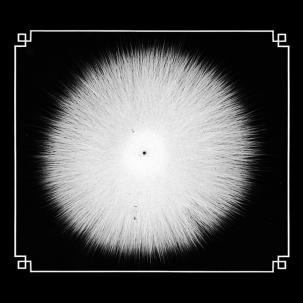 ***NOW AVAILABLE ON VINYL!!!    New York’s Castevet is one of the most invigorating, unique and musically advanced bands in the extreme metal underground. Emerging from the same scene as Krallice, Liturgy and Tombs, they possess a sound unlike any of their contemporaries. The trio incorporates influences ranging from avant-garde dissonant black metal (Ved Buens Ende, Deathspell Omega), neo-classical, jazz and progressive metal, and while they are often associated with the American black metal movement, they defy categorization.  With the addition of Krallice bassist / vocalist Nicholas McMaster to the band’s ranks, Castevet pushes their songwriting and artistry to a new level. Sophomore album Obsian paints an even denser, more complex sonic picture than their acclaimed Mounds of Ash debut, with a musical fortitude far beyond their contemporaries in the American black / extreme metal scene. 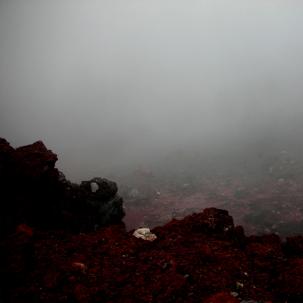 Since their formation in 2007, New York City's Castevet has built quite a reputation within the underground scene. Delivering on the promise of their vicious live show, the trio's 2009 single Stones/Salts was a virulent mix of post-hardcore and dissonant black metal that sold out immediately. Mounds of Ash is Castevet's debut full-length. Recorded at The Thousand Caves Studios with Colin Marston, this punishing offering expands on their prior output in all respects--taking influence from the avant-garde elements of mid-'90s Norwegian black metal bands like Ved Buens Ende and Fleurety, and classic early-'90s metalcore groups like Rorschach and Deadguy. The album solidifies Castevet's standing as one of New York's most promising metal bands alongside like-minded acts Krallice and Liturgy.  "[Stones/Salts] is what I've listened to the most for weeks. Its two songs recall greats--Voivod, Morbid Angel, Deathspell Omega. They drape elegant dissonance over driving low-end. The result feels distant, foggy, dirty and emotional. Usually metal's presentation is singular--in-your-face, shrouded, etc. This experience, however, has both foreground and background. These songs are small worlds; I want to see their universe." --Cosmo Lee, Invisible Oranges