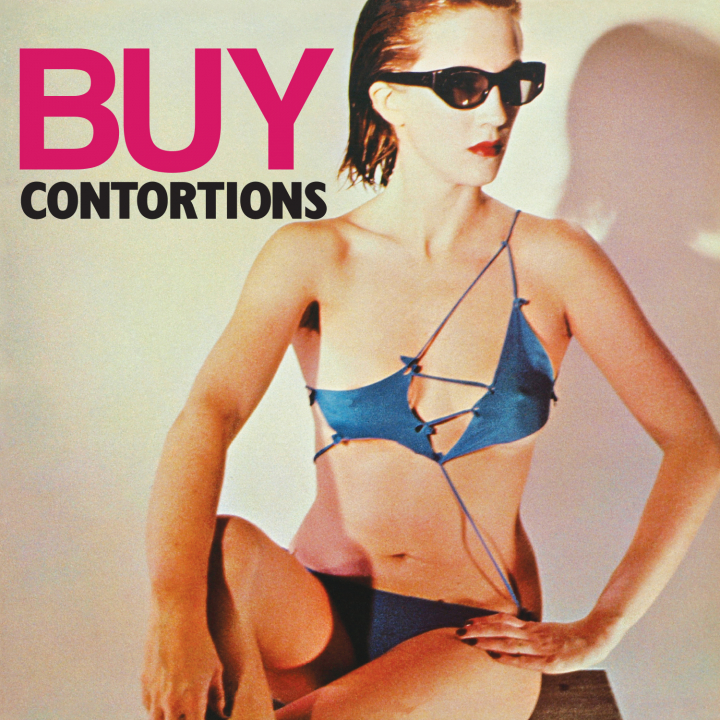 Soon after their 1978 debut on the Brian Eno-produced No New York, a compilation that defined the No Wave scene, James Chance’s group Contortions had already evolved—getting sharper, tighter and just plain faster.?! Despite the loss of keyboardist Adele Bertei and bassist Geoge Scott (who refused to sign a new contract demanded by Chance and his then partner, band manager Anya Phillips) Contortions were firing on all cylinders, and their first full-length album, 1979’s Buy, is a marvel of hot-wired energy. Led by the brash yelps and free-sax squawks of Chance, Contortions spit out fiercely rhythmic tunes charged by the wiry guitar lines of Jody Harris and the dizzying slide guitar of Pat Place.?! With drummer Don Christensen slipping in pointillist beats and David Hofstra’s infectious basslines, the songs on Buy crackle with both precision and abandon.?!