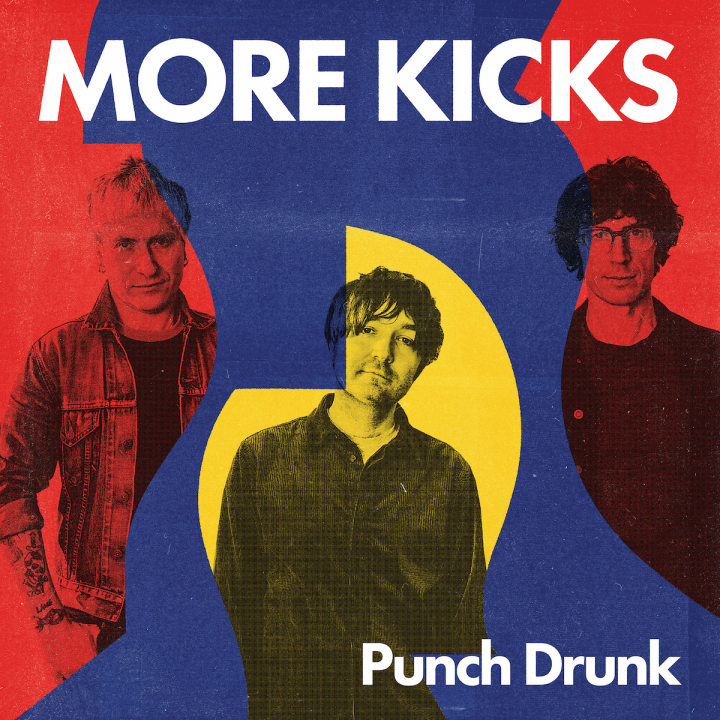 Punch Drunk is the second album from London-based trio More Kicks.?! The band’s self-titled debut album was a concise and ragged lesson in pop songwriting dripping in melody, cynicism and energy—Punch Drunk marks a new era for the band.?! Heavier, more expansive, more twists and turns.?! It veers from sparkling harmonies to fearsome riffing in the blink of eye, with never a second wasted.?! As with the first record, it was recorded live on to 2-inch tape.?! It’s bottled lightning and the sound of a band firing on all cylinders. James Sullivan aka Sulli (vox / guitar), Kris Hood (drums),and Paolo Mantovani (bass / vox) have cooked up a rare alchemy.?! The result: a More Kicks song can touch on classic ’60s garage, ’70s NYC rock and roll, jagged ’90s guitar pop—all wrapped in a razor sharp bundle.?! A glance backwards and a decisive step forwards. “When the world collapsed in 2020, I realised more than ever how much I rely on music and More Kicks,” says Sulli.?! 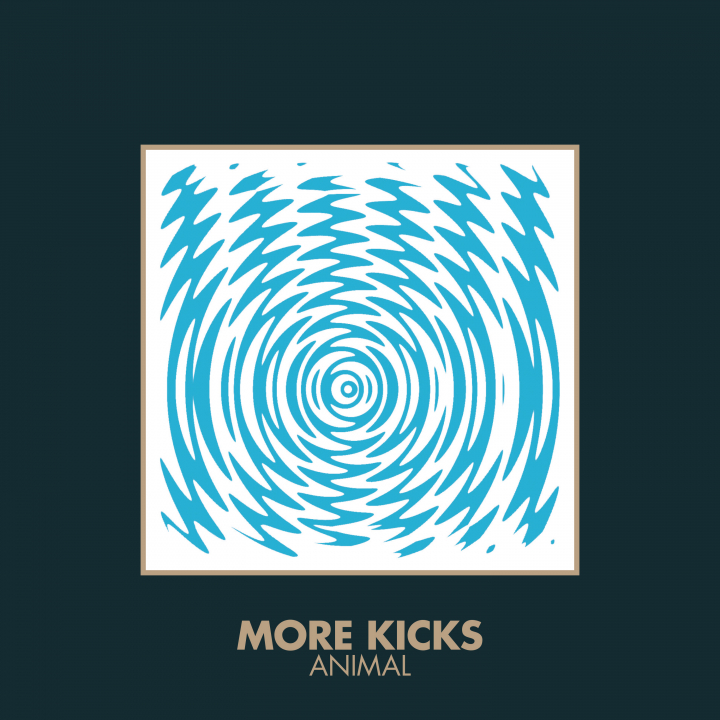 London three-piece More Kicks return to the fray with a brand new 7-inch single "Animal," co-released on Dirtnap Records (USA) and Stardumb Records (EU)! Slinky, beefy and interminably catchy, "Animal" is the first single from the band’s second record Punch Drunk, also out on Dirtnap and Stardumb in September 2022. The 7-inch features two exclusive new B-sides "The Wind Up" (think "White Light White Heat" fed through a meat processor) and "Ten Miles High" (Alex Chilton strolling across Abbey Road) and is on blue-green vinyl.?! This Animal is a monster.?! Grab it before it’s gone!.?!