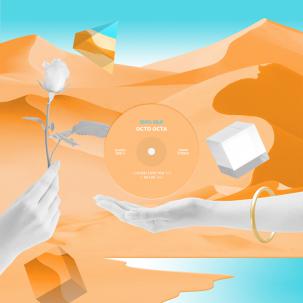 Cause I Love You

New England deep house patriot Octo Octa logged some real miles in 2013, flexing his live muscles, refining his crowd-vibe antennae and tracking a trio of fresh EPs to kick off the new year. Cause I Love You is the first—to be followed by 12-inches for Skylax and Argot—and it’s a real shot to the heart.  “Cause I Love You” jacks out of the gate, a jubilant drag race of tumbling percussion, intestinal bass and slipstreaming vocal samples, a true banger to break the moody collective soul mold of Between Two Selves. It’s not all so raring though. Live staple “So Lux” lives up to the title, a creamy, serene slice of stereo software, while “Give” (featuring Raw Moans) coasts on a mesmerizing melody loop, filtered, flowing, and low to the ground. Closer “Mine (Second Chance Mix)” is classic Octo: lens-flared, high-stepping, turned on, turned loose.  Though more of a variety pack than a linearly themed collection, these four cuts show a craftsman hot in the pocket, still picking up steam, alive with ideas. 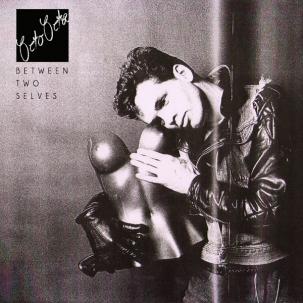 Sophistication and elegance have not always been the strobe light honey for die-hard divers into the Dance genre, but it’s been Octo Octa’s strongest suit since his 2011 debut 12” on 100% Silk, and here again are those initial ideas of identity and hunger for intimacy all leading to an adrift, uneasy feeling, only they’ve materialized into that instantly recognizable, authentic OO sound.  Promising was an early word used to describe the thoughtful, dedicated producer (who records in a cramped corner of a kitchen in a cramped corner of Brooklyn), and our anticipations were justified; Between Two Selves has a facile sensuality – the reclining nude of Octo’s Blue Period – with more room to breathe or sigh, and the sort of anthemic samplics handily summed up with a single coaxing call (“I want you,” “I don’t want you to go,” “All his kisses taste sweet”).  Focusing on fewer elements manipulated, pitched and played with over the course of more extended, abstracted compositions, Octo Octa has become one of the prophetic personifiers of regal melancholy in electronic music, along with James Blake and King Midas Sound.  Homoeroticism and homosentimentality, urge and satisfication, celebration and celibacy lay languidly across Between Two Selves, a lofty, soulful statement that Silk is blessed to release on the world. 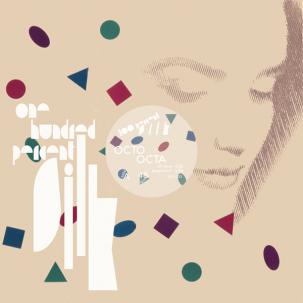 ***100% Silk begs and pleads for all things OCTO—that eight-sided honest octagon: sweet, sad, shy, hopeful, blissful, light, lifting, longing. Going deeper, swelling higher than his first “Let Me See You” 12”, “Oh Love” unifies crucial human experience with technology, sound, and rhythm in a totality of touching vision. The thesis thrill here: selling dreams that can’t be followed, finding love that can’t be lasting, seeking a future that can’t solve your present. “Oh Love” is honeyed with tender integrity; musings on Dance history merge euphoniously with a wealthy sample bank. OCTO OCTA’s the new search engine; he’s connected and connective, the feeling fish to your computer chips. The dancefloor has been pulled out from under you, now you’re free to float in the “Oh Love” atmosphere—warm and womby, roused and roomy, a tear-jerk body-work. Poise yourself for poignancy. He’s TRYING to break your heart. 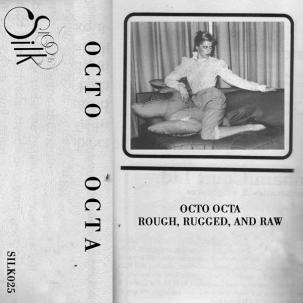 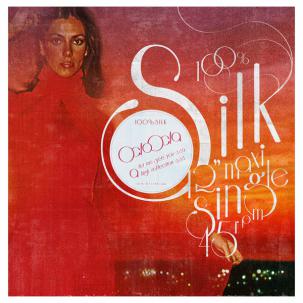 Let Me See You

***‘Tryin’ to let it go’ is the theme here: yearnin’ to earn it. THE OCTO OCTA rhythm IS feeling, especially when yr feelings are hurt. From letdown to getdown, when melancholia’s callin ya, Octo Octa can break through. Emotions run high, and these cuts cut through somehow. It’s dance therapy—Docta Octa is in, checking yr pulse, charging by the half hour. Feelin’ blue can be electric. If yr here, now, you haven’t missed a thing. For the ball drop, the balloon drop, the moments after we’re sweat-soaked, covered in glitter, standing in a room full of strangers and lovers and memories all fading into fog. And the DJ played on. Turning this house into a home.