Turner, Otha And The Rising Star Fife And Drum Band 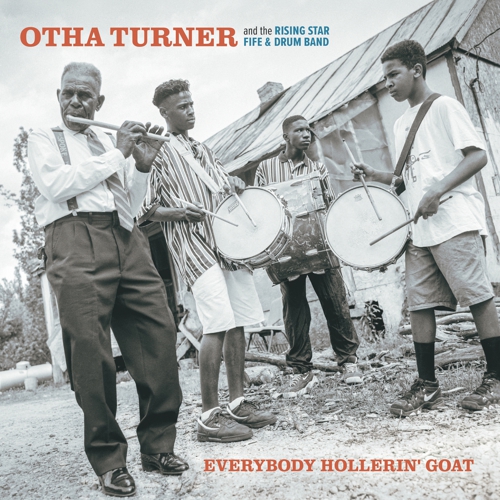 Turner, Otha And The Rising Star Fife And Drum Band

The trance blues stylings of Otha Turner and his Rising Star Fife And Drum Band should be a music classification unto itself, a whole new primitive take on drum and bass.?! This music is the oldest still-practiced post-colonial American music, and Turner was one of its greatest artists of the 20th century.?! Blowing the cane fife with a band of drummers as back up, The Rising Star Fife And Drum band was legendary in the hills of Tate County, Mississippi, where they would perform during the yearly goat picnics on Turner’s farm.?! These tracks were recorded by Luther Dickinson during such picnics and released when Turner was ninety years old.?! Everybody Hollerin’ Goat shows first hand the hypnotic and rhythmic style of fife and drum music at its best—raw and beautiful.&nbsp;It is every bit as essential a document of America’s folk-music heritage as anything Harry Smith or Alan Lomax ever offered up for posterity.?!