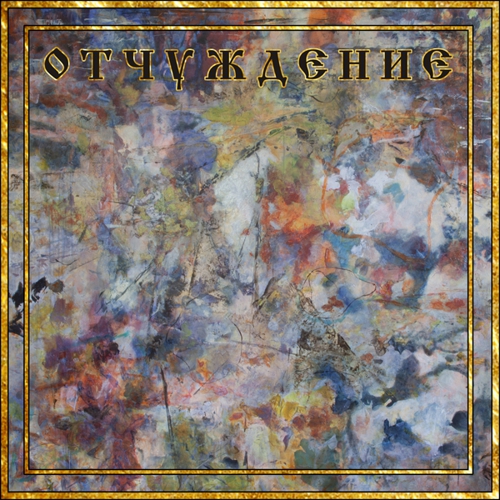 The origin story behind Matt Hill’s perplexingly stark and melancholic new full-length is suitably cryptic: “I had a vision of a man experiencing a series of alienating situations.” Whatever the impetus, Alienation stands as the most fascinatingly atypical Umberto album to date: downcast, subdued, haunted, ethereal.  In the wake of several extensive international tours and a string of high-profile collaborations with Antoni Maiovvi for the Death Waltz imprint—including a harrowing live score of The Texas Chainsaw Massacre—Hill began expanding his palette, exploring divergences from his classic Giallo-paranoia mode. The record’s nine tracks flow between winter garden ambience (“Elimination,” “Lost Night”), lofty insomniac reverie (“White Night,” “Passage”), and shivering dirge (“Black Sea”), only two of which echo the pulsing synthesizer night-stalks for which he’s best known (“Drifters,” “Dawn of Mirrors”). Hill also commissioned vocalists Victoria Gokun and Edward Tonoyan to weight certain songs with heavier emotion, using lyrics inspired by condemned Russian poet Anna Akhmatova. The combined effect feels out of time, intertwining currents of memory, delusion and beauty, an unplaceable soundtrack for untraceable sorrow.  Alienation was recorded and mixed in 2015 by Hill in Los Angeles, and mastered in 2016 by Alex Nagle in Philadelphia. The expressionist cover painting is Geoffrey Sexton, the metallic gold-foil layout was designed by Tim Goodwillie. 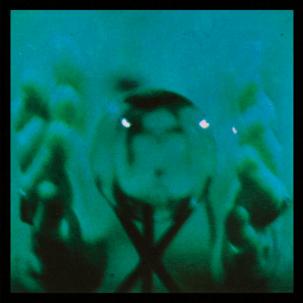 Upon relocating from the Midwest to Los Angeles last year, Matt Hill discovered a number of his original audio folders were deleted or corrupted beyond repair. Alas, the fragile fantasia of digital artifacts. So, in preparation for a string of performances, he holed up and tried to recreate some of these lost compositions, strip-mining his memory for clues and notation. This revisitation process had a particularly transformative effect on the seething lead cut from 2010’s Prophecy of the Black Widow, elongating its curvature into even more elegantly paranoid shapes, riding the beat through wider corridors of spider webs and blood-red light. “Temple Room (Extended Version)” functions like a director’s cut: expansive, indulgent, and attuned to a deeper strain of the nightmare. On the flip, Umberto’s Silvio alias further re-imagines the track, upping the BPM to construct an Italo haunted house of jittery sequencers, echoing handclaps, and soaring, malevolent synth leads. Perfect for strobe-lit dungeons and brooding dancefloors alike. Catch Umberto on tour this spring in half the Western world. 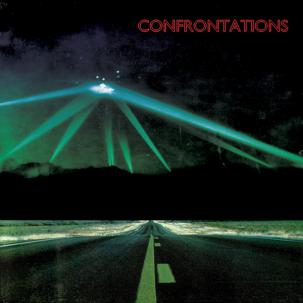 Kansas City’s goblin king of neo-Giallo, brood-blooded dark fantasy soundtracking returns with his fourth official full-length, two years after the badass psychodrama of Prophecy of the Black Widow. The time betwixt was well spent, on tours (Europe twice, including the Mogwai-curated All Tomorrow’s Parties fest), one-off tapes and 12-inches (Welcome to the Chill Zone, Final Exit, etc.), and tweaking the mixes and minutia of the seven undead invasion omens comprising Confrontations.  What instantly distinguishes this new album from the previous is its ominous, slow-burn compositional model, building its evil temple brick by brick, basking in the tension of each new chiming, Carpenter-esque synth line or monkish doom Om for multiple measures before stirring the next substance into the cauldron. This elegant sense of patience gives the tracks a more oozing, operatic aura; these confrontations aren’t hostile showdowns in the woods but the creeping dread of alien-nation body snatchers infiltrating the populace. Death comes slipping. Can someone hire this genius to score the They Live remake already? 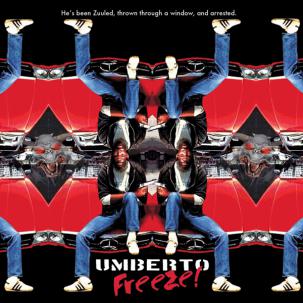 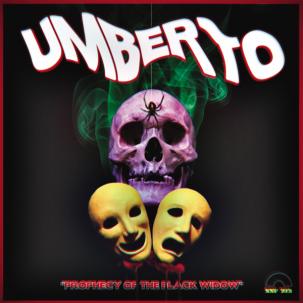 Prophecy Of The Black Widow

***BACK IN PRINT ON VINYL!!! “The one UMBERTO performance we had the rad fortune to bear witness to involved at least a dozen dudes, dads, and ladies all on stage wearing sunglasses at night and shredding keyboards / keytars bathed in a sea of fog machinery and strobe lights and extraterrestrially-costumed interpretive dancers. Shit was BEYOND. Umberto mastermind MATT HILL allegedly went to legit music school back in the day and used to play bass for EXPO 70 (Justin/Expo released the debut Umberto tape/CDR, From The Grave, on his Sonic Meditations label) before splintering into his current electro-satanic Goblin worship guise—and we for one can’t get enough. Prophecy Of The Black Widow is his sophomore LP and though the badass evil Italo goth-synth horror-score blueprint of Grave remains, the main variation is subtle vibe-shift from ‘70s Argento/Carpenter-isms into more early/mid-’80s new wave creep-scapes. There’s still plenty of eerie nightmare keyboard riffs and vintage witch-disco breakouts but the synths squelch with more of a neon retrofuturist bent and there’s even one brazenly feelgood soaring-into-the-sunset closing credits anthem (the literally-titled ‘Everything Is Going To Be Okay’). Whatever prophecy Prophecy is foretelling, we’re on board. Black vinyl LPs in jackets with sick fake-3D lettering and art by SETH JOHNSON.”—NNF. 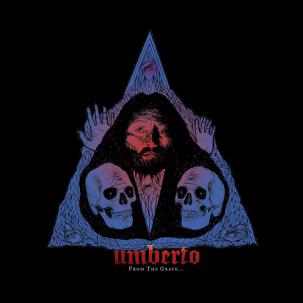 EXPO ’70 bass/synth player MATT HILL has gone solo. His debut LP under the UMBERTO moniker is an analog masterpiece heavily influenced by the classic film score work of Goblin, except arguably better. From the moment you drop the needle, you’ll be transported to Italy as an extra in a vintage horror flick directed by Dario Argento. This is some of the most accessible, yet totally authentic sounding music of the “giallo” genre we’ve ever heard. It was previously only available as a hyper limited edition CDR and cassette tape via Sonic Meditations. For fans of Goblin, John Carpenter, Zombi, and classic Italian horror soundtracks.”—Permanent Records.